Nobel Prizes highlighting achievements in physics, chemistry, physiology or medicine, literature and for peace are being announced this week.

Since its inception, many awards have recognized achievements made in molecular biology, structural biology, and related research.

Browse PDB-101 to explore articles and resources that highlight many of the PDB structures and related experimental techniques associated with Nobel Prizes, including a timeline of awards made in Chemistry, Physiology or Medicine, and Physics and corresponding Molecule of the Month articles. 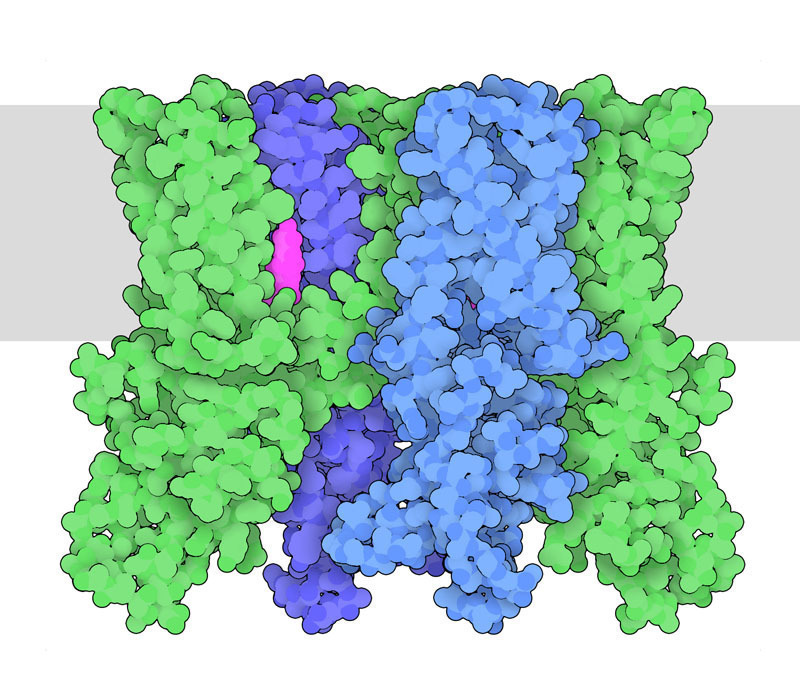 2021 Nobel Prize in Physiology or Medicine was awarded jointly to David Julius and Ardem Patapoutian for their discoveries of receptors for temperature and touch.
Shown: Capsaicin Receptor TRPV1; TRPV1 is an ion channel that senses heat and contributes to pain sensation
Visit PDB-101 to explore Nobel Prizes and Structural Biology