How Structural Biologists and the PDB Contributed to Drug Approvals 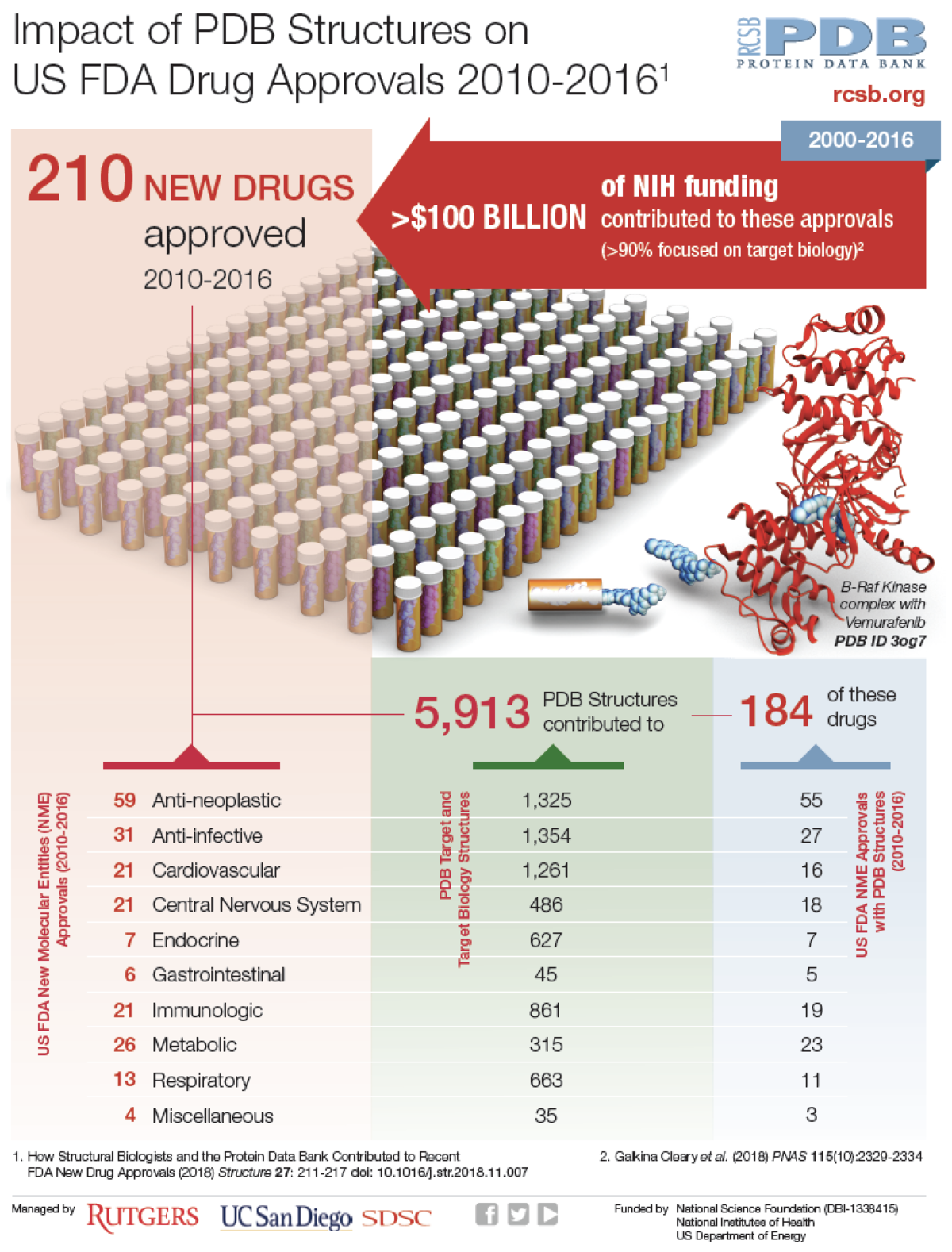 Discovery and development of 210 new molecular entities approved by the US Food and Drug Administration from 2010–2016 was facilitated by 3D structural information generated by structural biologists worldwide and distributed on an open-access basis by the PDB. Nearly 6,000 PDB structures containing one of the known targets and/or a new drug are available; more than half were published and made available in the PDB archive more than 10 years before drug approval.