Learn About HIV and AIDS at PDB-101

The AIDS epidemic began a few decades ago and since then scientists have revealed the atomic structures of most of the molecules in HIV. Using these structures, researchers have designed new treatments for HIV infection, which are now part of effective drug regimens that halt the growth of the virus. Structures of HIV molecules also provide new hope for development of vaccines and methods to rid an infected individual of the latent virus.

PDB-101 hosts a variety of related educational materials, including Molecule of the Month features, a paper model of the HIV capsid, videos, and more. 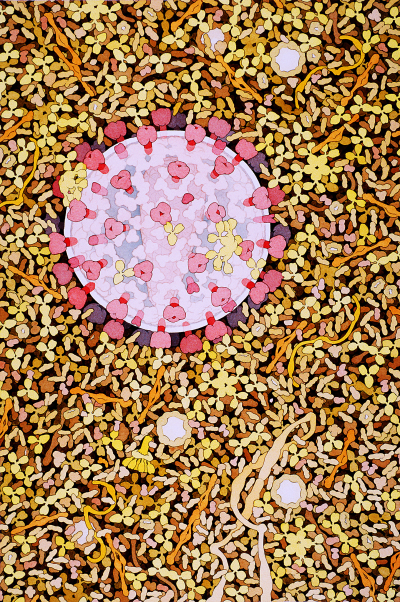 HIV in Blood Plasma, 1999 by David S. Goodsell, The Scripps Research Institute. Available at PDB-101 as part of the David Goodsell SciArt Gallery.