All of us at wwPDB were deeply saddened to hear of the recent passing of Prof. Michael G. Rossmann and our condolences go out to his family and friends at this time. Michael contributed so much to the field of structural biology and was a great supporter of the wwPDB and our activities. Here we would like to share our own tribute to Michael and his contribution to the PDB archiving efforts.

Michael has had an esteemed structural biology career, with over 300 structures to his name in the PDB, spanning from 1977 through to 2019. He also helped to develop the molecular replacement technique, enabling phasing of data in X-ray crystallography, which has been used for structure determination of around 100,000 PDB entries to date. One of Michael's key discoveries is of the Rossmann fold, a structural motif commonly found in enzymes that bind to dinucleotide cofactors. It's importance is highlighted by the fact that around 20,000 structures in the PDB contain a Rossmann fold motif, another lasting legacy of his work within the PDB archive.

Michael also made huge contributions to the field of virology, with hundreds of his virus structures archived in the PDB. This includes the first structure determined of the human rhinovirus, otherwise known as the common cold. His work has significantly improved the knowledge of virus structure and function, supporting development of new therapeutics to treat and prevent viral infections.

Michael was a member of the wwPDB advisory committee for four years, serving on the board from 2009 to 2012, and was also involved in advisory committees for RCSB PDB and EMDataBank. During this time, he provided much advice and guidance to the wwPDB, helping to shape the archiving activities during this time and into the future. Helen Berman, former director of the RCSB Protein Data Bank, highlights how Michael "was an active supporter of the Protein Data Bank from its inception in the early 1970s", while Haruki Nakamura, former head of Protein Data Bank Japan (PDBj), speaks of "always being impressed by his thoughtful comments about the activities of the wwPDB." Haruki adds: "Michael understood the importance of archiving raw experimental data and he had promoted 'data science' for many years."

Gerard Kleywegt, former head of Protein Data Bank in Europe (PDBe), pays tribute to Michael as a person, describing him as "a dynamo, with an enormous zest for life and science who got along with almost everybody." Gerard also emphasises how, even in recent months, "he was still collecting data himself" and recalls Michael's dismay at a grant funding rejection and how "he simply could not understand how that was possible as it was obviously solid science."

We are indebted to Michael for his help and support to the wwPDB and to the structural biology community as a whole. As Helen Berman puts it: "Michael was truly unique in his contributions to structural biology and we will be forever grateful for all he did." 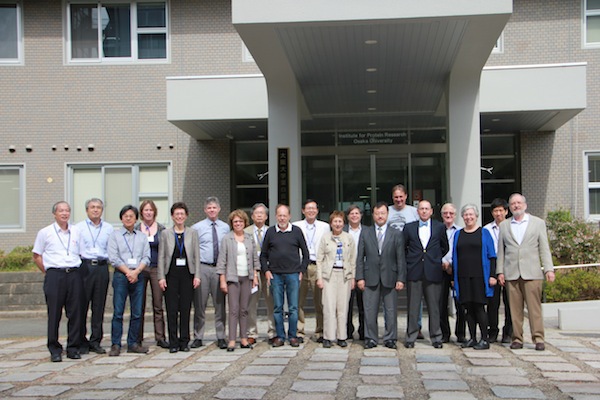